Buses, of course, begin the story.  A carpenter by the name of Richard (Dick) Martin was sifting the tailings of the old Beechworth dump, looking for gold. The Depression had struck the country hard.  Dick, a young man of 26, had lost his job along with many other tradesmen.  The dream of wealth was common.  Originally from The Rock, Dick had set down parquetry in the Old Parliament House.  He’d transported workmates to and from the showground site in his own Ford, perhaps the seed that was to sprout the grander bus idea.

Gold helped nourish the seed.  In 1931, a sum of 3 shillings per week was handsome.  Dick returned to Albury to catch the solitary bus that operated in town, driven by Manager Ian Cox-Walker.

Cox-Walker had launched the service in 1927, primarily for the show and theatre runs.  The ‘fleet’ consisted of a stately GMC with Buick engine with a cable tram top mounted on its roof.  The seats were tooled leather.  That night, heading out North Albury way Cox-Walker confessed he was fed up with the business.

‘You thinking of throwing it in?’

The passenger asked the other to name his price.

Dick Martin banked both his hopes and gold towards the plan.  At twenty-eight he had become the single bus operator of the town’s single bus - a secondhand 16 seater Morris.  Mylon’s Motors ran a service across the Wodonga Flats (now the Causeway) but no other line existed within Albury limits.  The limits in those days, was the cemetery on Fallon street, with three trips a day to the farther-flung Lavington.

Martin’s depot comprised of Dick’s garage.  A career in carpentry soon became an impromptu one in mechanics, as often was the time Dick would fuss beneath the bonnet in Frauenfelder Street, keeping his lone investment humming.  The plural side of Martin’s Buses wouldn’t start until 1942, ten years later, when a 29 passenger Reo would double the fleet.  Those early years were a matter of survival, weathering the last of the Depression then the War, all the while providing a first-class service for the people.

‘That Reo,’ as Frank Finch remembers, the first full-time employee of Martin’s, ‘was the pride of the fleet.  Strictly for charter work only.  Later we bought a GM forward-control bus that caused a few grey hairs’.

Frank began with the company in April 1946.  Dick’s original bus had given way to a Maple Leaf (a glorified Chev’ grins Frank) which sported a swollen canvas bag on its roof.  Due to the heavy petrol rationing of the day, the drivers were obliged to switch the vehicles over to charcoal gas, once the motors had warmed, a process that would frequently occur between runs.

The two gas-filling stations were based on Kiewa Street; the old gasworks, and the ambulance station on Dean Street.  Alas, visits to both were more regular than scheduled, with schoolboys flinging pocket knives into the Maple’s canvas target.

By now a suburban garage was far too cramped for the company’s use, obliging a shift to the Stephen Street depot in 1948.  An office was built, and more people employed.  The business itself was flourishing, aided by charters and government contracts.  In the same year Martin’s transferred the internees of Bonegilla’s migrant camp to the north-east town of Cowra, and later conveyed soldiers to help soothe the coal mining strikes of New South Wales.

A second strike, this time on the railways, was an added blessing for the company.  The first of two Foden buses (with Gardiner diesel) had cost a massive 3,500 in 1949.  Three years on, trains were frozen by industrial action, seeing the Martin’s fleet serve as a vital link between railheads.  Two months passed.  Business was frantic, transferring stranded travellers, in addition to running the local bus service.  But no-one complained.  ‘That strike,’ recalled Dick, ‘really put the company on its feet.’

The service, of course, had diversified.  Lavington had grown.  Buses extended their routes almost annually.  Routes to Glenroy were timetabled.  Evening trips to the cinema became a highlight for many locals, while mail delivery and daily school runs had been contracted.

And as Albury grew, so too did Martin’s.  By 1953, the books included five drivers and two full-time mechanics.  Aside from driving during the busier periods, Dick also managed the office.  His eagerness to introduce both superannuation and insurance schemes saw a workforce unchanged for many years.  Jack Clegg, for one, was to join the ranks in 1953, the same time the depot was extended, staying on for a full thirty years.

Harold Adams, another loyal employee, took to the wheel in 1955 and was showered with cards and tributes on his retirement twenty-two years on.

In 1958 a third new arrival at Stephen Street was an apprentice mechanic by the name of Francis (Frank) Martin, Dick’s only son.  A new generation would play its part in the company.

Moving with the times

Frank, and his two sisters, Pat and Pauline were Dick and Nell’s three children.  Buses had become a way of life for the entire family, the depot a hop and skip from the house.  Seeing young Frank on the team had come as no surprise.  The teenager took a shine to mechanics, as well as the disciplines of driving - once he came of age.

The all-telling birthday was in 1961, when Frank turned 21.  Dick offered his son a place as partner in the firm.  Letterheads were changed to incorporate the new initial.  As part of the Albury-Wodonga Growth Scheme, the twin towns were growing at speed, carrying service companies along in the rush; Martins Buses was not the least of these.

More family celebrations followed.  In 1962 Frank announced his engagement to Miss Rosalie Duncan, a former entrant in the Maid of the Murray Quest.  The two made a stylish couple, wedding in St Augustine’s Wodonga, and later entertaining guests in Dean Street’s Gala Lounge.

In a newspaper article to come much later, Rosalie Martin recalled those early years of baking Christmas puddings in October, all for the many outback safaris that Martin’s ran during summer holidays.  ‘It was always important to be well prepared’, she told the reporter, ‘because you never know what’s around the corner’.

Safaris were yet one more step in the company’s history.  A rival firm, East/West Lines had taken a party of graziers to Alice Springs in 1957, causing a mass of interest in locals and operators alike.  Martin’s were quick to pick up the challenge and soon offered tours to more and more parts of Australia.

Sporting groups were another steady source of income, particularly visiting bowlers who were chauffeured along the Murray’s banks for weeks at a time.

Sadly however, a lingering illness took Dick Martin’s life in 1969.  Not only was the loss felt by both family and worker, but also by the many residents he’d come to know, through his years of working and ample community service.

Frank and Rosalie became business partners in 1970.  With three young children of their own (Narelle, Richard and David), the Martin’s staff became a sudden adjunct to the family.  Families were growing with similar speed around them.  Specks on the map such as Thurgoona and Springdale Heights were soon pronounced at satellite villages of Albury, requiring more runs, more miles, more buses.

The government of the day introduced a buspass scheme, allowing school children living within a two-mile radius to travel free.  Predictably, this ruling altered with the years, become one mile, and then merely infants, yet all the while the funding kept the firm prosperous.  In fact, so busy were the vehicles that Frank was forced to end the mail contract in 1970, the first year of partnership.

Border Shoppingtown opened its doors in July 1979, Albury’s first large scale mall, and Martin’s were once again involved.  The NSW Premier, Mr Neville Wran, was to cut the official ribbon, while Martin’s Buses were chartered as the malls shuttle service.

A voucher system was trialed among the fifty households of Thurgoona in the same year.  So too was the controversial loop system tried and later adopted, with bus stops stationed closer to the customer’s doors.  A contract to ferry workers to and from Borg-Warner’s plant was signed.

As the business expanded, the investments became greater.  In 1979, Frank purchased the region’s first air-conditioned coach, a 14 metre Denning Mono, seating 49 adventurous travellers.  The cost was a staggering $132,000 meriting photos and write-ups in all the local papers.

The 80’s were the boom time for specialty tours.  Martin’s safaris extended as far north as Cairns, as far west as Perth (in association with Nomad Tours).  Local radio station, 2AY, added to the momentum, joining forces with the company to offer both musical and sporting tours - but this is rushing ahead.  For surprising all and sundry was the abrupt death of Frank, in 1984.

Obituaries flooded the press.  Frank, at 44, seemed destined for a bright and prolonged future,  but this was denied him, collapsing in his home after one of a thousand Rotary meetings.  As with his father, Frank’s involvement in the community was multiple, as driver, father, businessman, and caring human being - and his loss was felt by many.

The silence that followed the funeral was one of grief - and uncertainty.  Rosalie had lost a husband of 22 years.  ‘I knew I had to pull myself together,’ she told a journalist, ‘for the benefit of my family and friends, to give them the strength to cope.  I had to occupy myself.  The business was responsible for a lot of my healing’.

Martins Travel & Tours became the company’s name.  The buses, of course, remained the firms foundations, but clientele and services were fast expanding.  The buses themselves overflowed tiny Stephen Street, and a new depot would need to be found.  Decisions needed making, challenges faced.  Albury was a changing city, and the company had to change in step.  If not for the love and endeavour of those around her, Rosalie and the company would never have survived.

The drivers and depot staff were magnificent in these troubled years, responding as would a family.  The company was entering a new phase, complete with growing pains.  ‘Walking back into the office two weeks later’, said Rosalie, ‘was the hardest step I’ve ever taken’.

But take it, she did.  And Martins Travel & Tours have felt the benefits.

Just as Dick Martin was obliged to learn mechanics, back in those days when a kerbstone was the depot, so too Rosalie was forced to fathom all aspects of the business world.  With the help of others, the company continued to expand.

In October 1986, a new depot was finally found on the southern end of David Street.  A second office was opened on Olive Street, catering for the travel side of operations.  This soon turned its focus to overseas trips as well, the demand for a complete service overwhelming.  The agency licence was internationalised.  Jaunts to the Melbourne Cup were offered in tandem with a whirlwind tour of Europe, without that same personal touch being lost.

Browsing the list of trips offered locally will give you an inkling of how adaptable a coach company needs to be.  In the space of six years, customers had a choice between Brisbane Expo, Adelaide Grand Prix, Cats, Elton John and Pope John Paul!  Not to mention the historical overflow of Dartmouth Dam, Dame Kiri in a vineyard, and begonias in Ballarat.  The list is endless and constantly changing.  A far cry from a Morris 16 seater that drove to Lavington three times a day, with the pictures on weekends.

Or perhaps not so far a cry.  The Lavington run remains, a little further than the Fallon Street cemetery, yes, and a little more often, certainly, but the connection with past is strong.  Dick Martin had a dream, and now his dream is being furthered by his grandsonson David, a fleet of 64 vehicles and a staff of some seventy people. 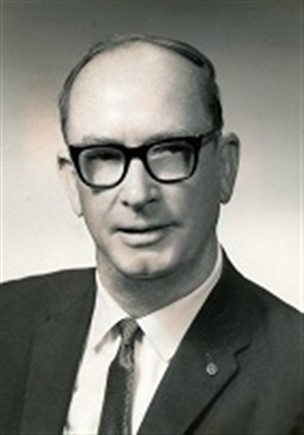